Why Take A Gap Year? 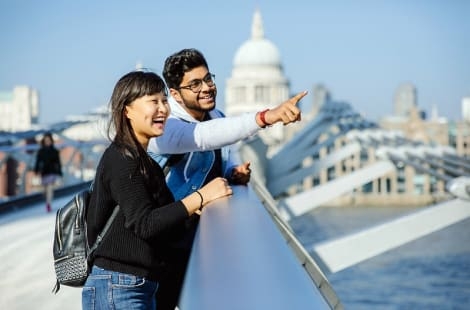 From all available data, it is clear that gap year programs have a profound impact on young people, including personal growth, academic attainment, and post-college success. The two most common reasons students cite for taking a gap year are “burnout from the pressures of getting into college” and “a desire to know more about myself.” With students increasingly reporting that the achievement bar has gone up for the most competitive colleges, forcing students into relentless performance for the sake of college acceptance, it’s no great surprise, then, that the second most common reason would represent a deeper pursuit of self-alignment and personal awareness.

Data from a study by Haigler and Nelson (2009) have shown that students who take a gap year return to college at a rate of 90% within a year and pursue their studies with renewed focus. There are significant academic benefits to the gap year as demonstrated by over-performance on GPAs and a shorter path to graduation as compared to peers who did not take a gap year. For example, the trends in the study also showed that average students will change majors 3–5 times in college, contributing to an average graduation time of six years—and that doesn’t factor in the almost 40% of students who simply never complete any college degree.

In contrast, students who have taken a gap year typically graduate in just four years, with a median of 3.75 years (Haigler and Nelson, 2009). Over the long haul, taking a gap year also improves a young person’s employment prospects and boosts civic engagement. At the personal growth level, the data also shows that 86% of students who have taken a gap year report that they are satisfied or very satisfied with their careers once they get there. And as an added bonus, the upfront investment of a gap year can save parents money over the scope of a student’s academic career if the student graduates in four years.

Most parents have concerns about the academic impact of a gap year as well as the safety of their child on a gap year. Both are valid considerations. Where safety is concerned, data from Insurance Claims Data and Mortality Rate for College Students Studying Abroad, a March 2016 study from the Forum on Education Abroad, confirms that students are actually safer on programs in the developing world than they are on college campuses domestically. The American Gap Association (AGA), for example, vets organizations according to a robust 56-page application that incorporates standards from outdoor education, higher education, study abroad, service learning, and others in an effort to provide as much safety consideration as possible. AGA accredited programs are among those that have demonstrated a commitment to the safety of students in gap year programs and have critical reporting requirements to ensure that student safety never becomes an afterthought.

The costs associated with taking a gap year vary greatly; some experiences offer a stipend and money toward higher education and other programs are priced equivalent to time spent in college. Most students begin planning (and saving) for their gap years a year or two in advance. Last year $2.8 million in needs-based scholarships were made available through individual programs. Some gap year providers are also able to access federal financial aid dollars (FAFSA). Private scholarships, such as Hostelling International’s Explore the World Scholarships—which this past season was awarded to 61 recipients and valued at $2,000 each—are another means of funding.

Within the larger context of education, we are increasingly finding that universities are giving away scholarships for gap years. Florida State University has been at the leading edge of the academic community in valuing the experiential learning that happens on a gap year through deferment policies and a scholarship that is earmarked specifically for students who have taken a gap year. UNC Chapel Hill’s Global Gap Year Fellowship is another example of a progressive initiative by a public university to help students design an educational and transformative gap year that will support their academic studies and career path moving forward. Through its Community Engagement & Leadership Scholarships, Warren Wilson College provides money to eligible gap year graduates who matriculate with them, recognizing that those students perform better on campus and in society. Other universities are in the process of creating such initiatives as well.

Experts, including gap year alumni, recommend beginning a gap year with something structured to provide a context within which students can gain skills and build confidence as they subsequently transition to more independence for the latter portions of their gap year. Examples of AGA accredited organizations providing structured gap year programs abroad include Thinking Beyond Borders, combining deep cultural immersion, fieldwork with experts, and engaging readings and discussions; National Outdoor Leadership School (NOLS), with a focus on leadership and outdoor skills in some of the most awe-inspiring locations in the world; and Pacific Discovery, which offers experiential education programs that are deliberate overland journeys.

For students looking for a domestic program, options include Ridge Mountain Academy, a campus-based academy that focuses on mountain sports, education, and life skills as well as Outward Bound, which offers courses in some of the most spectacular and inspiring settings in the United States. AmeriCorps is another domestic option that provides a well-structured program, paying for the participant’s housing and food for the full year. Those who successfully complete the program are awarded a $5,700 stipend for use towards continuing education.

It is always a good idea to consider working with a gap year counselor for something more independent—specialists who have a long history in vetting placements and, through their extensive networks, can not only provide appropriate structures for student support but also, in many cases, reduce the financial burden through those same connections.

Deferment policies vary greatly and some specify what kind of college credit (if any) they will honor as a result of the gap year. We still encourage students to apply to college, get accepted, and then defer for the gap year—in that way students already have a plan for college upon gap year completion. The American Gap Association has an extensive list of the deferment policies of colleges and universities organized by state. Be sure to check with the particular institution and ask if deferment is possible even if one is not initially offered; the data is on your student’s side in establishing the value of taking an experiential year on (not off) between high school and a university.

With current concerns over delays in maturity and protraction of dependence as highlighted by emerging-adult research (Arnett 2014), gap year experiences represent an opportunity to step out of the sequence of high school immediately followed by college with a value-based event in between: discovering the resiliency of one’s own self with others in another land or culture (or state or project), where discomfort and challenges are supported by trip leaders and peers. Anecdotally, gap year students continue to report that they used the support and relationships with their gap leaders and fellow students where before, they may have relied upon parents or dismissed their emotional needs. Developing self-advocacy and autonomy with support continues to be a positive comment in follow-up polls with students who complete a gap year.

Haigler, Karl and Rae Nelson. 2009. The Gap-Year Advantage: Helping Your Child Benefit From Time Off Before or During College. New York, NY: St. Martin’s Griffin