Twice-Exceptional Kids: Both Gifted and Challenged 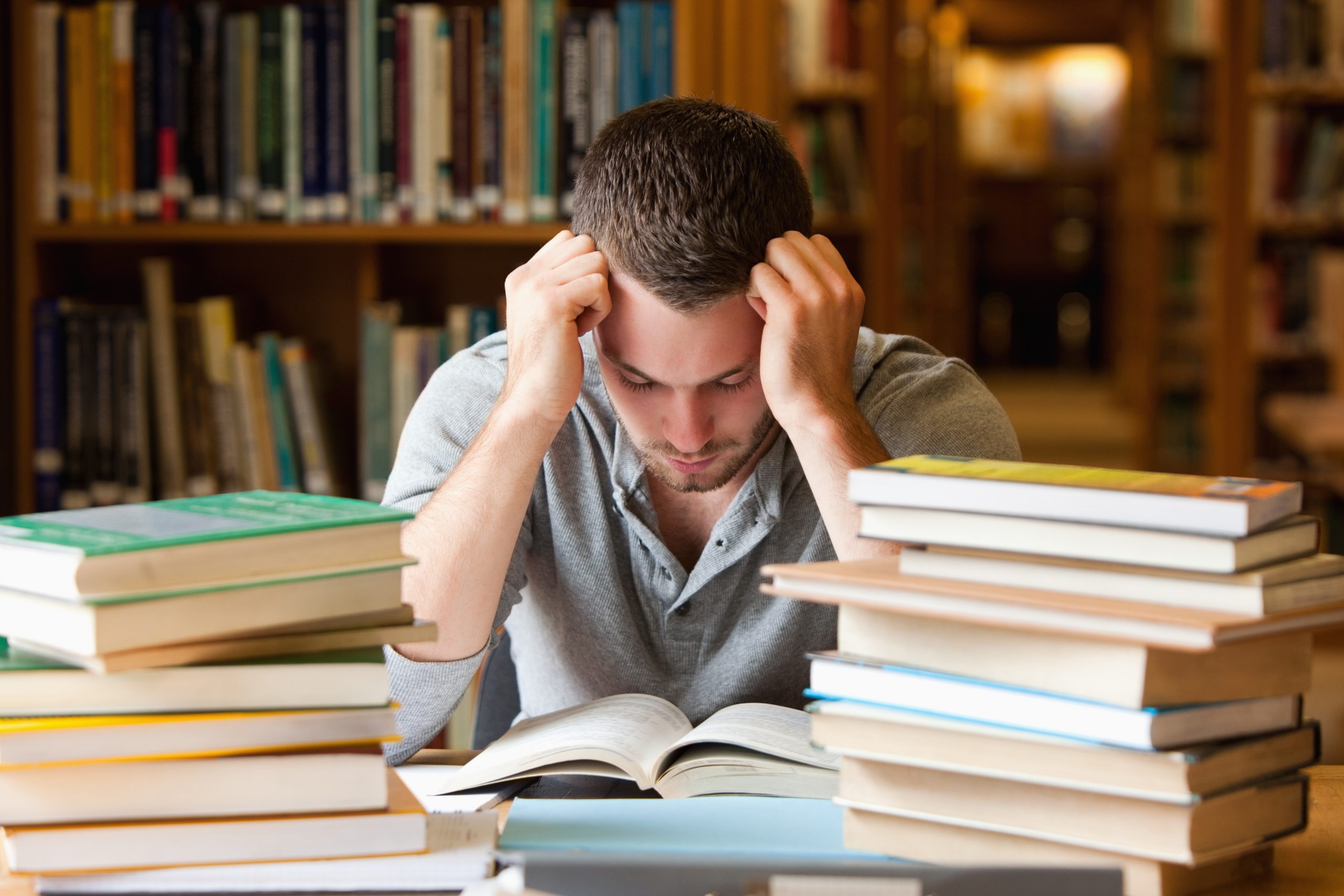 The article was written by Beth Arky

Some children are highly gifted in areas such as math, writing, or music. Then there are those with challenges that affect learning: They could have ADHD, dyslexia, or dyscalculia, or perhaps they’re autistic or have sensory processing issues. But there are also kids who fit both categories. They’re called twice-exceptional, or 2e, which means that they have exceptional ability and disability. They are gifted in some way but they also face learning or developmental challenges.

Children who are both gifted and challenged can be tough to understand. Gifted kids can use their strengths to compensate for the special need, and in the process mask their learning problems. Or the special needs can mask the giftedness. In some cases, neither the disability nor the giftedness is recognized.

Once 2e kids are identified, it can still be difficult to get the supports these children need in school. If they’re in a gifted program, they may be floundering in a certain area. If they’re placed in a special-ed program, it may not challenge them, and they may be frustrated and restless. In either case, anxiety, depression, a lack of self-esteem, and emotional dysregulation can result, leading to behavior problems.

Why 2e kids are overlooked

One reason twice-exceptional kids are in danger of slipping through the cracks is that their schools are set up to help kids meet grade-level academic skills, and they may be on grade level, despite their challenges.

“Let’s take bright kids who have a reading disability,” says Adam S. Zamora, PsyD, a neuropsychologist at the Child Mind Institute. “When they’re reading, there are words that they don’t know how to decode but they use inferential reasoning and their overall cognitive capacity to kind of figure out what the missing word might be. These kids might go under the radar.”

They may eventually be diagnosed with a learning disability if they hit a wall when they reach later grades and expectations rise, or they may never receive the diagnosis and support they need.

Then there’s the case of a 2e child who may have issues that overshadow his giftedness.

This was the case at first with Jenn Choi’s son, Logan, now 14. His special needs (ADHD and then dyslexia) were identified after he was asked to leave his first preschool for his “behaviors,” which included not being able to sit in circle time.

But it wasn’t until Logan was turning 5 and had his first neuropsychological assessment that his parents realized his potential, when he scored in a very superior range in visual-spatial thinking, including perception, analysis and synthesis. This can translate into excellence in math, science, and engineering.

“It was a big surprise to us that he was really smart,” Choi says. And it wasn’t until first grade, when he attended an afterschool program at the Quad Manhattan, created for twice-exceptional kids, that she learned the term. Choi now offers a listserve for 2e parents in New York City.

Not having both talents and disabilities identified can have emotional and behavioral consequences for children.

“They know that they’re capable of more and yet something is holding them back, and they can’t really figure out why,” says Laura Phillips, PsyD, a neuropsychologist at the Child Mind Institute.“That’s why you often see a lot of frustration and anxiety and even behavioral dysregulation in a lot of these kids.”

They may be lazy because they’re clearly bright but perform poorly in some areas. They may get a lot of criticism from parents and teachers: “You’re just not trying on this math!” Their self-esteem suffers and they may experience depression.

Or they seem oppositional to teachers and parents. “Frustrated by their difficulties, they act out in infinite ways, and they get mischaracterized or misunderstood as being oppositional, ” Dr. Phillips says.

Giftedness can lead to misdiagnosis

Children who are gifted may have behaviors that look like ADHD or autism.

“One of the things we know about gifted children almost universally is that they are intense,” says psychologist James T. Webb, who specializes in them. “If they’re into dinosaurs, they eat, drink, live dinosaurs. If they’re into math and factors, they love it. If they’re into power struggles or sibling rivalry, it’s equally as intense.”

This intensity can make sitting in a regular classroom very frustrating. “The research indicates that for most gifted children, from one-fourth to one half the regular classroom time is spent waiting for others to catch up,” Webb notes. “If you’re sitting there and your mind is intensely churning, you’re likely to be seen as being off task, fidgety, interrupting others, classic behaviors that would be ADHD-like.”

It’s also easy to misdiagnose gifted kids as being on the autism spectrum. There’s that intensity in interests. Also, “gifted children as a group just seem to be quirkier than other kids,” Dr. Webb says.

Gifted kids can also be oversensitive to stimuli, making them avoid bright lights, noise, and crowds. The combination of over-excitability and intellectual advancement can make them a bad match for their noisy and boisterous peers. “They just don’t play well with others,” he says. “They try to structure their world in a rigid way. They have difficulty with being redirected to new tasks. All of these are behaviors are ones you often see on the spectrum.”

Of course, a child can also be 2e — both gifted and have ADHD or autism.

How to identify 2e children

First, Dr. Webb emphasizes, that parents and teachers need to be familiar with the concept of twice-exceptionality. “One of the big myths about gifted children is that they will be equally gifted in all areas, or very close to that,” he says.

“There really is no universally agreed-upon definition of ‘gifted’ — even with respect to general intellectual ability,” Dr. Phillips says, “as giftedness in its truest definition is not limited to intellectual potential, but instead can refer to extraordinary capabilities in creative thinking, specific academic areas, psychomotor functioning, or visual/performing arts.” She says she and most school placement decisions use a Standard Score in IQ testing of 130 as the cut-off for gifted intelligence, which would place the child in the top 2 percent of the population.

Experts suggest that when a teacher sees a child who does just okay in some areas, but in one or two areas is a prodigy — or does exceptionally well in all areas except one, where she is lagging —  the child should be referred for testing.

The optimal way to pick up on twice exceptionality is through a neuropsychological evaluation.

“Neuropsych evaluations are really the best way to understand a student’s full profile of cognitive and academic strengths and weaknesses, and to individualize a curriculum, which really is what these kids need,” Dr. Phillips explains. “They might be three grade levels ahead in math, but they might need extra support in reading.”

The challenge of educating the 2e child

According to a survey spearheaded by Choi of 503 parents with 2e kids, 254 of whom attend New York City public schools, their biggest challenge is being forced to choose between cultivating the child’s intellectual ability and helping with their special-education needs; they are not usually offered at the same time.

One way to try to get the individualized teaching 2e kids to need is by being placed in an Integrated Co-Teaching (ICT) class, with one general-education teacher and one special-needs teacher. But if 2e kids are performing at grade level, it can make it difficult to persuade schools that they should provide remediation or accommodations through an individualized Education Program or a 504 Plan.

Should kids be moved to older classrooms for the subjects where they excel? Dr. Phillips says it can be tricky because they don’t have the maturity level to handle the homework and social demands. In some cases, parents may opt for private schools, with smaller classes and/or curriculum tailored to a particular student’s strengths and weaknesses.

Instead of placing kids in older classes, Dr. Phillips recommends that parents provide a lot of enrichment outside school. One such resource is the Davidson Institute, including its Davidson Young Scholars Program for 2e students. Also, some museums provide weekend programming for gifted students.

How support can help

Getting support can help twice-exceptional children reach their full potential, both in terms of academics and on the emotional front.

When 2e kids are identified and supported, Dr. Zamora says, they can do better in school and have higher self-esteem. “If parents are well informed about what’s going on with the kid, if the teachers really understand that this is a bright kid who just has these one or two areas of weakness, it can affect the way the teachers talk to the kid, the way they teach the kid,” he says.

Another way to help 2e kids, adds Dr. Phillips, is to let them know it will get easier. “When I work with any sort of learning disability, I tell parents the years from kindergarten through 12th grade are going to be the hardest years in their kids’ lives” because they are required to take all the core subjects. But when they head off to college, they can select the courses in their areas of strength. “After that, they can choose careers that are suited to their strengths again and really shine there as well.”

As for Logan, he attended three private schools between kindergarten and the middle of seventh grade, partially for behavioral issues but also because the curriculum wasn’t challenging enough for him. Eventually he settled into a gifted and talented program in a public school, which has been a better fit. This month, he started at a competitive public high school Even with the changes, Choi says she feels all of Logan’s needs haven’t been met. She says his gifts put him on an engineering path, something that won’t be addressed in school. Instead, she says, “We are going to have to figure it out as we go along.”