Pros and Cons of Joining a Fraternity or Sorority 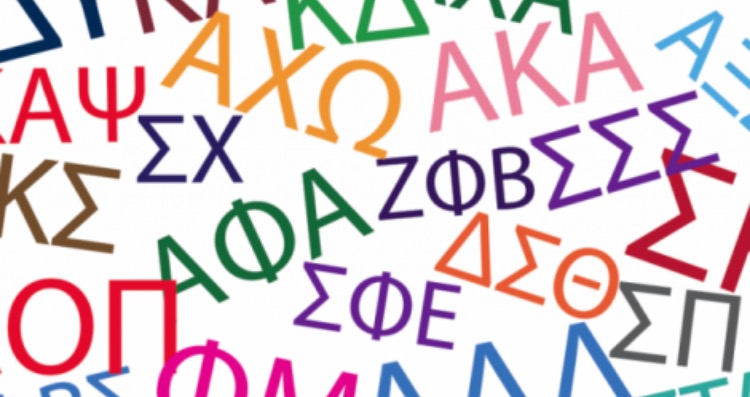 Based on an article in The Best Schools Magazine

There are real benefits to being part of a college fraternity or sorority, and not just because you’re pretty much guaranteed to master the Greek alphabet. There are also all the social, professional, and recreational aspects to consider. However, fraternities and sororities are not for everybody. There are real pros and cons to joining a fraternity or sorority. If you’re thinking about rushing, pledging, or doing anything that involves the decision, you need to read this first:

Networking is an integral part of the college experience and Greek life provides one of the strongest foundations for social interfacing with a network of peers. Greek organizations help build networks that often prove beneficial to students when looking for internships, employment, recommendations, or employees.

There are currently more than nine million alumni of fraternities and sororities working out there in the real world. Joining one of these organizations makes you a member of an exclusive club. This membership affords you an instant connection with any other members of that club. As you advance in your college education and your career, these connections can become increasingly valuable for landing interviews, listing references, or getting letters of recommendation.

Many new fraternity and sorority members, or “pledges,” submit to physical, emotional, and psychological manipulation of this sort, regularly, in the name of joining Greek organizations.

Hazing is technically forbidden, but the reality is that it still happens and is fairly widespread. At least one hazing death has occurred on a North American campus every year since 1959. As noted above, this is the leading cause of costly insurance. Again, this is why it’s so important to research the history and culture of any group that you plan to join.

You should also bear in mind that not all new member hazing is brutal. Some of it may just be annoying or mildly demeaning. Most commonly, pledges are asked to do trivial, pointless tasks, many that may be publicly humiliating. Pledges are often required to prove their worth and learn their place in the pecking order of a fraternity or sorority. The real test is whether the activity is harmful to you or others. There are two questions to keep in mind: First, is this making me a better person/brother/sister? Second, would I allow someone I care about to do the same thing?

Perhaps one of the better-kept secrets about Greek life is all the good that fraternities and sororities do. Many work hard to instill a culture of service and philanthropy. Involvement in philanthropic activities varies from one organization to the next, and even from one chapter to the next.

Still, most chapters do provide pathways to involvement in some sort of community service project or philanthropic endeavor. Many chapters even have leadership positions dedicated to this aspect of Greek life. Members in charge of service initiatives will delegate responsibilities, log the hours contributed by each member, and coordinate service events and fundraisers.

Every national organization has an award which recognizes the service contributions of its most outstanding chapter. Without exception, the chapters that win these awards are always aggressively involved in philanthropy and community service. Some chapters raise tens of thousands of dollars every year for their charity of choice while instilling a lasting appreciation for the value of philanthropy and community service among members.

Alcohol and illegal drugs are common hazards for Greek organizations. The vast majority of hazing-related deaths have resulted from forced binge drinking. But the risks of excessive alcohol consumption are not limited to new members, nor do they stop once pledging is over. Fraternities and sororities are social organizations and all social circles have cultures and sub-cultures.

Far too often, Greek life harbors a culture of alcohol and drug abuse. This culture of abuse makes it easy for young, inexperienced drinkers to get into trouble in the name of acceptance. In some cases, recreational drinking habits in college can become real alcohol problems in adulthood. Fraternities and sororities with cultures of excessive drinking may risk opening this doorway.

Fraternity and sorority membership helps young men and women cultivate leadership skills, gain a sense of social identity, and learn to play well with others.

Even the brightest 18-year-olds arrive on campus with much to learn. Joining a fraternity or sorority can help. Participation in the traditions, collaborative activities, and organizational structure of your Greek organization can create valuable opportunities to contribute, coordinate and lead, which are all valuable skills for eventual participation in the workforce. Fraternities and sororities not only offer the context to develop these skills but, just as importantly, can often verify your claim to those skills as you work toward future internships and job opportunities. Indeed, employers like seeing documented leadership experience. Greek life can provide that.

You should expect to have exactly no free time during the pledging process. Nearly all hours outside of class are spent in meetings, completing tasks, or simply being present in the chapter house. These time commitments can have a huge impact on a student’s study and sleep schedule. In fact, for this reason, some schools even have restrictions around rushing during your first semester or the whole freshman year.

When it comes down to it, this is one of the strongest arguments in favor of joining a fraternity or sorority. If you join the right house, the opportunities for fun are nearly infinite. You are at once surrounded at all times by friends and engaged at all times in events, activities, parties (and of course, the inevitable cleanup that comes after).

Again, everybody has a different idea of what “fun” is, so if you’re thinking of joining a fraternity or sorority, make sure you share its concept of a good time. Otherwise, it could be a long few years.

Greek life enjoys a long and storied connection to higher education. In fact, at some universities, where anywhere between 50–80% of the student population is affiliated with a house, going Greek may even feel like a cultural requirement. However, the price of membership can be one of the largest expenses in your college budget. At an average public institution, dues for a single semester in a fraternity or sorority can run you more than $1000. This sum likely only includes local chapter dues, national organization dues, and insurance. There may still be other incidental fees associated with being Greek, such as:

These costs can add up quickly!

You can usually calculate the cost of membership while researching the fraternity or sorority you wish to join. However, you may want to look at the cost breakdown. The main cause for the price differences between Greek organizations, especially those on the same campus, is the amount of dues that go toward the national organization insurance bill. Organizations that have banned alcohol from their events will often charge a lower annual bill to members. By contrast, organizations that have a history of alcohol- or hazing-related violations or fatalities will usually pay astronomical amounts for insurance. This is an expense that gets passed along to esteemed members. Just as with college itself, it’s important to be a smart consumer. Learn more about the history and culture of each organization before making a commitment!

To Pledge or Not To Pledge?

The value of your Greek experience is up to you. Do your due diligence before making a commitment somewhere. Research the available Greek organizations at your school, as well as other campus organizations. Look for organizations that really fit your interests, passions, and cultural identity.

If you don’t like partying, don’t join the house with the campus record for noise violation tickets. If you’re looking for an inclusive experience, find a fraternity or sorority with a truly diverse membership.

It’s all about the kind of experience you wish to have.

We use cookies to ensure that we give you the best experience on our website. If you continue to use this site we will assume that you are happy with it.OkNo