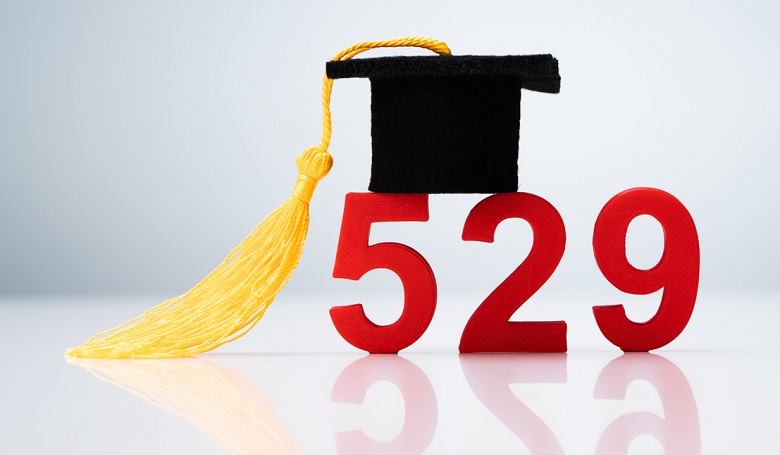 How are 529 funds treated when students apply for financial aid?

“One of the great things about a 529 plan is that when a parent or a dependent student is the account owner, it’s counted as a parental asset on the FAFSA,” the Federal Application for Student Aid form, says Kathryn Flynn, content director at Savingforcollege.com. While the FAFSA generally counts 20% of any student-held assets as being available to pay for college, the system counts parents’ assets (including 529s owned by parents or dependent students) only at up to 5.64%.

You can take distributions from a parent- or dependent-student-owned 529s for qualified higher-education expenses without the requirement to report this as income on the FAFSA, and it doesn’t affect your aid eligibility, Ms. Flynn says. This sets 529s apart from Roth IRAs, which also can be used to pay for college.

“While it’s true that you can withdraw your Roth contributions before retirement age without triggering taxable income, these distributions will have to be reported as untaxed income on the Fafsa, and will be counted in the EFC formula,” she says.

A 529 owned by a grandparent, or any other adult aside from the student’s parents, is treated differently. Grandparents often want to keep control of 529 accounts they set up, because they may be able to receive state tax benefits, and they retain the ability to determine where the money goes. While the money is in a grandparent-owned 529, it has no impact at all on the student’s financial aid.

Here’s the problem: As soon as the student withdraws money for qualified expenses, the money is considered untaxed income to the student. Up to 50% of a student’s income will be calculated as part of the student’s EFC, Ms. Flynn says.

“A $5,000 gift from a grandparent could potentially reduce the student’s financial aid package by $2,500,” she says.

The good news is that the FAFSA recently changed its look-back period, so the system now considers the “base year” as two years before the start of the school year for which you are seeking aid. Students applying for next fall, the 2018-19 year, should report income for 2016.

For this reason, grandparents who own 529s should wait until at least the second semester of the student’s sophomore year of college (if they plan to graduate in four years) to take money out of a 529, she says. “The grandparent should also consider whether or not the grandchild will be applying for grad-school aid soon after graduation, which would affect the withdrawal timing.”

Partially due to merit scholarships, we may end up having more 529 funds than we need for my children. I may leave some funds in the account for future grandchildren, but how can I withdraw funds penalty-free to use for nontuition purposes?

If your student receives a scholarship, you have three options for excess money in a 529, says Beth Walker, a partner at Wealth Consulting Group, a Las Vegas financial-planning firm. You can use the funds for graduate school; switch the beneficiary of the account to another family member who qualifies, or take out the extra funds and pay only the income taxes on your gains. The 10% penalty is waived if you are offsetting a scholarship, she says.

If you don’t use a 529 account for education purposes and the owner closes the account, how is it taxed? Is the 10% penalty on the gain only? If you transfer a portion of the unused account to another grandchild and close the remainder, how is the portion taken by the owner taxed? For example, if half the account is transferred and half-closed out, can you take the position that the half transferred is made up entirely of the gain on the account, or is it proportional?

If a 529 plan isn’t used for the beneficiary’s education, the owner may change the beneficiary to an eligible family member, says Gretchen Cliburn, director of financial planning at BKD Wealth Advisors in Springfield, Mo. However, if the owner withdraws funds for anything other than qualified educational expenses, the earnings—but not the contributions, which were made after-tax—will incur federal and state income taxes in addition to a 10% penalty.

“In addition, if you were able to deduct your original contributions on your state income tax return, you will generally have to report additional state ‘recapture’ income,” says Ms. Walker of Wealth Consulting Group. Distributions are allocated between principal and earnings on a pro-rata basis, she says.

My son, a rising high-school junior, was admitted to Stanford University for an eight-week summer college program. He will be taking three college undergraduate classes. Can I use his 529 to pay for the expenses (room and board)? What about the plane-ticket costs?

Stanford is a qualified institution, but whether your son’s summer program meets the criteria for 529 funds is a question Stanford would have to answer, Ms. Walker says. For room-and-board expenses to be eligible, your son would have to be enrolled at least half-time. Check with the university on what counts as half-time, Ms. Cliburn says. Unfortunately, the plane ticket isn’t a qualified expense under the 529 rules, both advisers say.

The fund company that administers my 529 accounts for my young grandsons bungled a funds transfer and set them up as UGMA accounts instead of 529s with my grandsons as beneficiaries. I am concerned that my grandsons won’t be mature enough to take charge of this money when it legally becomes theirs under UGMA rules, and I want the money used for their educations. What are my options?

You’re right: You have a problem. You, as the adult, are in charge of this account until the beneficiary reaches the so-called age of majority (official adulthood) under state law, which is 18 in most states—and then the beneficiary gets full control of the account, says

Danae Domian, a principal at brokerage firm Edward Jones. This is determined by the state in which the account is registered. Some states might extend the age of termination up to age 25 in certain circumstances when the account is established, she says. But once the account is legally terminated, there’s nothing you can do to control how your grandsons spend the money.

“I would first contact the fund company to see if there is any way to correct the error internally,” Ms. Domian says.

If nothing can be done to change the structure of the account, perhaps you will be able to pay for some expenses before you lose control of the money.

“One strategy would be for you to direct or use the funds in the account to pay for their college expenses or any other expenses that benefit them,” she says. Hopefully, the age of termination is 21 in your state.