Helicopter Parenting: Why It’s Not Good for Your Teen 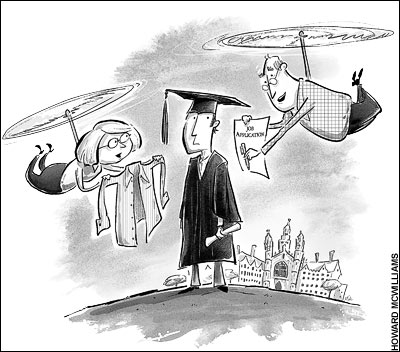 Haven’t we all had a helicopter moment? Perhaps it was a note to a teacher protesting a grade, or a call to a coach insisting our teenager gets to play in next week’s game. Maybe it was helping too much with an English paper or wrangling an invitation to a party. Whatever the reason, we stepped in and did for our teenager what they could— and probably should—have handled on their own.

Occasional moments like these are part of being a parent. We love our teenagers and want the best for them. But when intervention happens too often, and we find ourselves handling life’s challenges for our teenagers week after week— or day after day—then we may be hurting more than helping.

Teens Must Handle Challenges on Their Own

In order for our teenagers to grow into successful adults, they must learn to handle challenges on their own. This doesn’t mean that we let our teenagers go their own way no matter what they’re up against, but it does mean that, more often than not, we must let them take the lead.

And when our radar detects trouble, we act. “Some parents hope to rescue their teenagers from getting a bad grade or from a social situation or from any of the pitfalls that can happen in life, believing perhaps that it will be too difficult for their teen to handle,” explains Amy Speidel, a Cleveland-area parenting coach.

“We have a pessimistic attitude toward our kids that says they cannot do anything safely or successfully without our help,” adds New York City-based syndicated columnist Lenore Skenazy, author of Free-Range Kids: How to Raise Safe Self-Reliant Children without Going Nuts with Worry.

So why do we do it? What’s changed from the hands-off parenting style of past generations to the enmeshed style so frequently found today? Why do we think that our teenagers can’t handle what we handled at their age? Well, according to the experts, there are several factors at play.

First, foremost, and most obvious, we love our teenagers. “We believe that no one has our teenager’s best interests at heart. That’s not self-aggrandizing. That’s true love,” says Deborah Gilboa, MD, a.k.a. Dr. G, a Pittsburgh-area physician. “And as they move into adolescence, we’re also still in the habit of taking care of all their needs.”

Anxiety for our teenagers’ future is another reason. “There is an apt recognition that the world is a more competitive place now,” notes Dr. Lisa Damour, a clinical psychologist at Laurel School in Shaker Heights, Ohio. “And that this generation will have to work harder to be as successful as their parents.”

No doubt. Take getting into college, particularly a top-ranked college. It’s just much harder to do these days. In fact, how many of us would get into the college we attended? The current economic climate doesn’t help matters; even attending a prestigious college doesn’t guarantee a job upon graduation for our teens.

Then, there are our worries over driving and drugs and alcohol and sex and everything else that can go wrong—sometimes drastically so—in their lives. And, as if all of this weren’t enough, chances are we’re also acting out of guilt.

Wait, Should We Really Land this Helicopter?

So, if the world has changed, if it’s that much harder for our teenagers, isn’t the appropriate response to be more enmeshed with them? Absolutely not, the experts say.

“We can almost describe it like this,” Speidel says. “It is as if parents are attempting to help their teens develop an internal guidance system, but never allow the teen to experience the learning as their own. For instance, years ago, if you were 12 years old and nobody picked you up at the end of an activity, you had to figure it out. Now, teens don’t do that; they just make a call.”

Yet, it’s this figuring out of day-to-day problems that teenagers need to grow successfully into adulthood, Speidel notes. “By giving children the answers, parents are actually creating a foreman-on-the-job response in their child that says, ‘I don’t have to bank this knowledge because you will have the answer for me.’”

In other words, when teenagers deal with a challenge, they learn how to deal with a challenge. When they, and not their parents, talk to the coach about playing in next week’s soccer game or to the teacher about a poor grade, then the next time a similar situation arises, they will have built the skills to do so.

But, when a parent swoops in and takes charge, these skills won’t develop.

“It can feel like a vote of no confidence. The parent is, in effect, telling the teenager: ‘I don’t think you can handle this, so I am going to handle it for you,’” Damour says.

Then, there’s the tendency of many enmeshed parents to rescue their teenagers from the consequences of their actions. For example, the parent who calls to complain about a grade her teenager “deserved” is not helping her teenager at all. Why study next time if Mom or Dad can fix it for you?

“Consequences give our brain information that says: This worked well; I want to do it again. Or: This didn’t work at all for me; I want to avoid that or try something different. The brain actually wires itself around these experiences,” Speidel notes.

What’s at stake? A lot. If parents don’t allow teenagers to take charge of their lives—and experience the positive and negative consequences of their actions—they will grow into adults who lack confidence, and perhaps even the competence, to successfully make their way in the world.

Meanwhile, our relationship with our teenagers is also at risk when we helicopter. “There may be kids who find this totally inappropriate and humiliating,” Damour says. “It puts them in the position of being angry with someone who is acting on their behalf.” Meaning you.

Coming in for a Landing

Former New York Times and now Huffington Post columnist Lisa Belkin said it all when she wrote: “Our own quirks look, to us, like concern or prudence or love. It’s everyone ELSE who hovers.”

Isn’t it true? It’s easy to “tsk, tsk” about instances of extreme helicoptering— like the parent of the Colgate University student who called the school to complain about the plumbing conditions in China, where her daughter was spending a semester— but when it comes to our own teenagers, determining how much is too much is not easy.

“I think parents feel frustrated by this. They wonder: ‘So, I’m just supposed to let them sink or swim?’” Speidel says. “It’s the balance that’s so important. Are you giving them steps along the way to becoming that confident adult that you clearly want them to become? They are not going to become competent just because they reach a certain age. They become that confident adult because they have those experiences leading up to that, which tell them, ‘You are capable of this.’”

Here are some strategies to get you started:

Listen (a lot) more than you suggest.

When your teenager comes to you with a problem, instead of providing a solution, just listen— and be curious. “So, for instance, if your daughter comes home and says, ‘A friend is having a party, and I wasn’t invited,’ the tendency might be to say, ‘Well, are you having trouble with your friend? Did you do something? Do you want me to call her mom?’ In other words, ‘How do you want me to interfere?’” explains Speidel. “Instead, the first thing you should do becomes curious about how your child is experiencing this situation and ask, ‘I’m wondering how you feel about this?’ It’s important for your child to know that the feeling is hers to own, not for you to fix.”

Asking questions is also appropriate when it comes to supporting your teenagers through problems. “Parents should do a lot of thoughtful coaching. For example, if your teenager is having trouble with a teacher, you could ask, ‘Would it be helpful to email your instructor?’ or ‘What’s the appropriate verbiage?’ or ‘What are your goals?’” Damour suggests. But, coaching your teenager on what to do with language like, “Here’s how to handle this,” is not appropriate.

Start with low stakes—and don’t rescue your teenager from the consequences.

Teaching our teenagers to fend for themselves means allowing them to make their own choices and experience the consequences of those choices. For an enmeshed parent, it can be gut-wrenching to watch teenagers stumble, perhaps even fall, which is exactly what they’ve been trying to prevent with their hovering.

Mobile, Alabama father of three, Tilmon Brown, knows this all to well. “My daughter is a lost puppy. So I have to decide: Do I let her flounder and make a mess of her life or do I get involved and help her succeed?”

For those of us, like Brown, who struggle day in and day out with being enmeshed, it’s hard to know where to start. So, here’s an idea. “Next time your blades are spinning, ask yourself: ‘What’s the worst that could happen in this scenario?’” says Speidel. “And, if the answer is that your teenager ‘could be hurt, but it seems as if they will recover,’ then allow the possibility of hurt, knowing they can recover and do it differently the next time. Every time you allow your child to have a disappointment and recover, what you’re saying is: ‘You are strong. You can handle this. And, we’ve got your back.’”

When our teenagers were toddlers, just learning to walk, we were happy to let them teeter, totter, and tumble because we understood that this is how children learn to walk— and eventually run. Our teenagers are not so different: They will wobble; they will trip; they will most certainly fall. But, if we let them do it enough, they will also fly.