Are You Good Enough to Play College Sports? 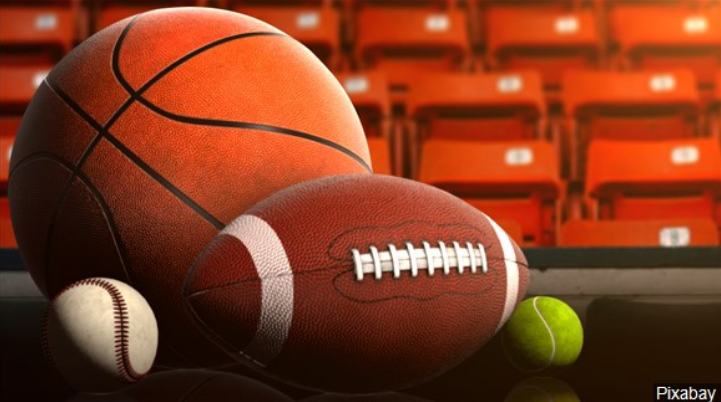 Based on NCAA article

It’s easy for high school athletes to picture themselves at their dream school, competing at a prestigious university and playing against the best of the best. But it’s harder to grasp some of the gritty details, such as rigorous training programs, winter breaks spent on campus and little-to-no free time.

Are you ready for the commitment?

Before we even dive into which schools you can compete at, we always ask first: Do you want to commit to playing college sports? Your experience as a college-athlete will differ significantly compared to your high school or club team. Practice and training is much more intense (you’re no longer the best one on the team), most of your time is spent with your teammates, including the off-season and holidays, and your academic performance is closely watched.

You’ll be better equipped on your recruiting journey and more prepared for the future if you know what to expect and fully understand the time commitments required of college-athletes. What is the role of academics in full ride scholarships?

How to measure your talent

Next, you’ll want to have a third party evaluate you to see how you really stack up against recruits across the nation. Knowing where you stand will help you target the right programs and maximize your opportunities.

There are a couple of ways you can go about this. First, you can ask your high school or club coach for feedback. College coaches often reach out to high school and club coaches for input, so there’s a good chance yours is already in the loop. Or you can turn to an online service. Some coaches use scouting services, such as National Preps or Scouting Ohio for football, while others use recruiting tools, such as NCSA. We’re the largest recruiting network in the country, with more than 35,000 college coaches searching for prospects.

Of course, you can always attend a showcase or camp where college coaches check out talent in person. However, most coaches arrive knowing which athletes they want to evaluate, so you should make sure you’re in contact with coaches ahead of time.

What is a star rating?

Some sports—mostly team sports—use star ratings to rank recruits. Star ratings are a quick and easy way to convey a recruit’s level of talent to college coaches. Most commonly, student-athletes are ranked from no stars, meaning their talent is unknown, to 5 stars or elite athletes.

These are the best players in the country, generally among the nation’s top prospects. They have outstanding athleticism and ability far beyond their peers.

These prospects have excellent knowledge of the game and ability. They will most likely start their freshman year in college and are the best player on their club or high school team.

These student-athletes show dominance on the field and will be an impact player. They have a few areas of development and might not always be consistent, especially when competing against top-tier players.

Sometimes overmatched against their peers, these recruits have several areas of development. But the potential to compete at the college level is there and they could become reliable starters.

What star-level recruit are you?

There are a couple of ways you can identify where you stand: you can research college rosters, or be evaluated by a third party.

If you’re interested in a college’s program, go to the school’s athletic website and take a look at the roster. Do your key stats fall in line with the other players in your position? Do you have similar achievements as everyone on the team? If you have comparable measurements, then you probably qualify for that level of competition. If you aren’t quite there yet, take a look at a lower division level until you find a good fit where your skills fall in line with the rest of the team.

College coaches evaluate more than just your athleticism and academics. They also pay attention to your character and coach ability, too. Demonstrating your coachability to college coaches can help set yourself apart from other recruits.

The transition from high school to college is already a major adjustment for any student, but the differences between high school vs college sports can make the change even more monumental.

But just how much harder is college than high school when it comes to athletics? Here are six key differences between high school and college sports:

Don’t be afraid to go directly to the source. During official and unofficial visits, you typically get an opportunity to meet with current athletes and ask them about their experience. But in the meantime, you shouldn’t hesitate to network with college athletes to learn more about a program. You can start by reaching out to former teammates from your high school or club team who are on a college team. Set up a quick chat, prepare meaningful questions and don’t be nervous! You’ll discover that athletes who’ve gone through the recruiting process are open to helping out a fellow recruit.